The World Around Us

We received a visit from Belfast Zoo today. Look below to see the variety of animals we met.

We sorted animals into groups. Each group had something in common.

We learned that when two surfaces rub together it creates friction. A smoother surface creates less friction than a rough one. We slid objects down a slide and found that the best slider was a cube of ice and the worst was a rubber.

We dropped a ball from different heights to see if it made any difference to the depth of the hole it made each time. We found out that it did. The higher the drop, the deeper the hole!

We have been learning about gravity. Gravity is an invisible force that pulls things down to earth. Without it we would float away! In space there is no gravity.

We read that 400 years ago Galileo Galilei believed that two objects of different weight, when dropped at the same time, would hit the ground together. We decided to investigate. 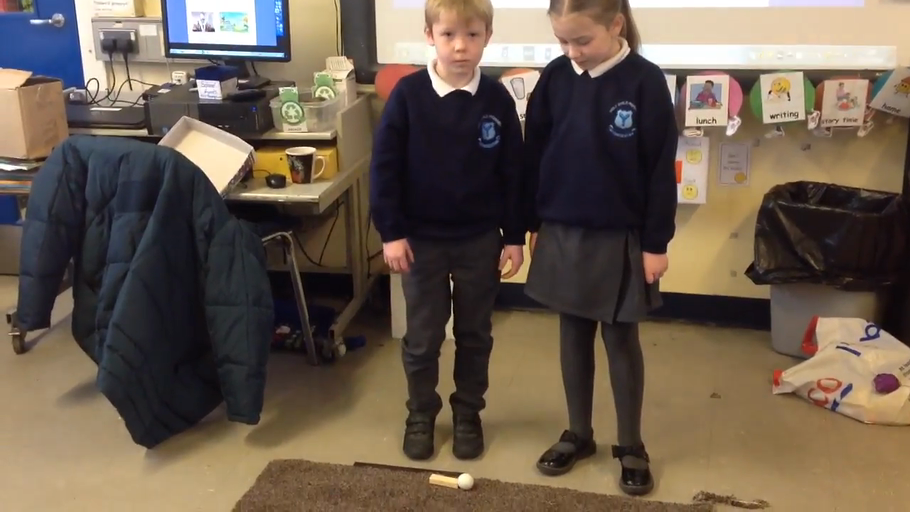 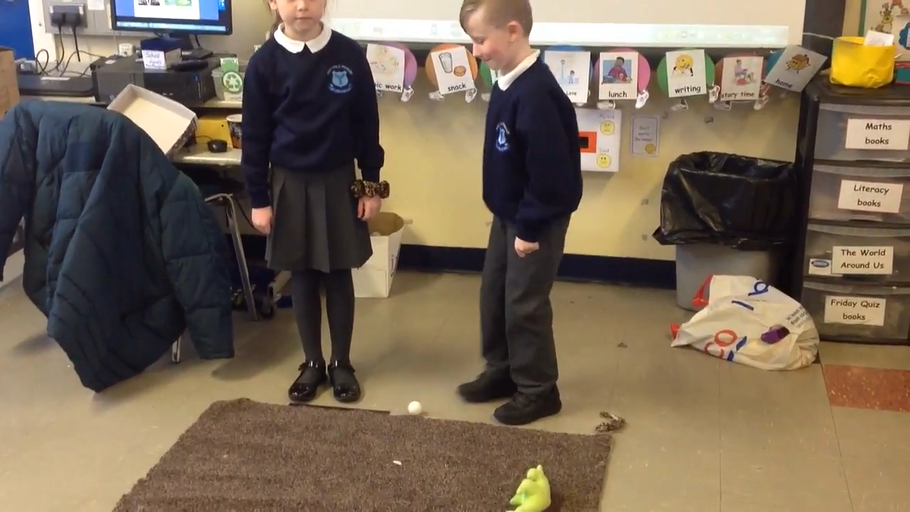 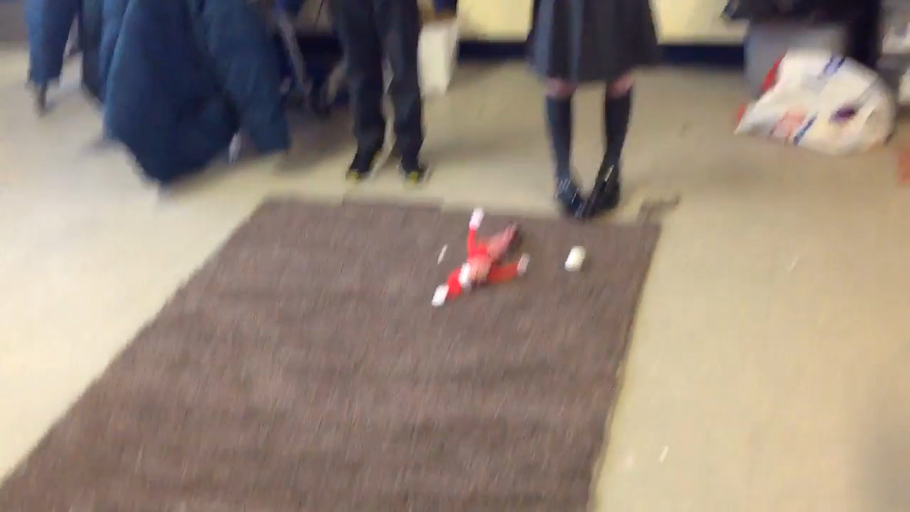 Galileo Galilei was right! Both objects did always hit the ground at the same time. Gravity pulled them down at the same speed. Then we wondered if we could slow down the speed at which something fell so we investigated further. 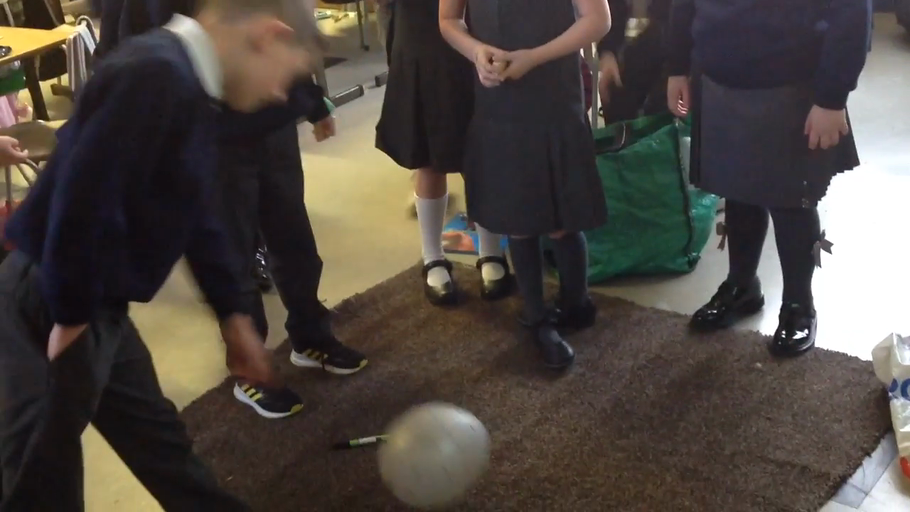 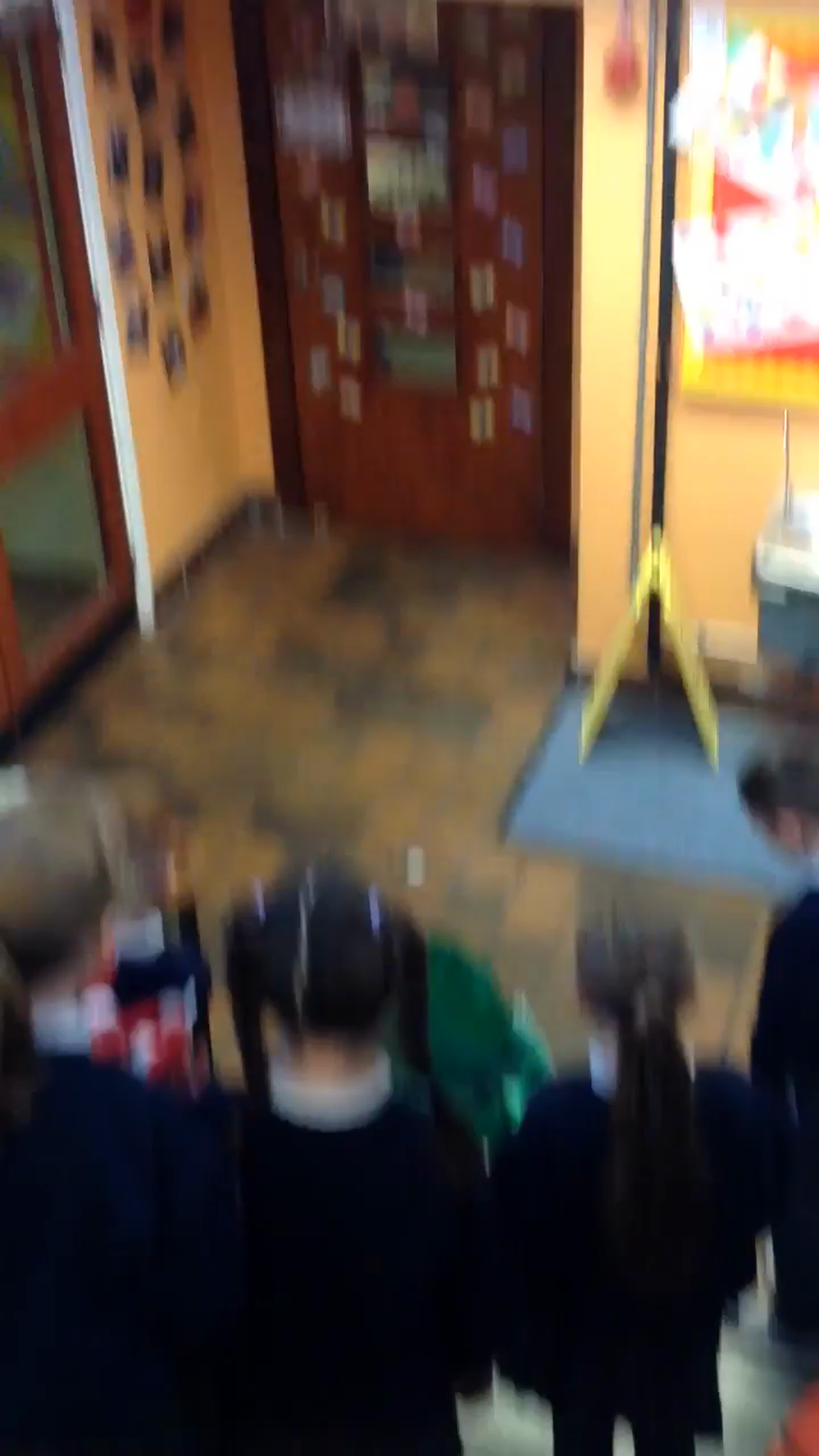 We discovered that air resistence slowed down the fall of some objects. A parachute is a really good example of something that slows down a fall by trapping air.  An inflated balloon does the same thing. So now that we knew that gravity and air resistance worked together as forces on falling objects we wondered if there was a place where no gravity or air resistance existed. The answer was space!
In 1971 Apollo 15 landed on the moon. An astronaut decided to drop a hammer and a feather at the same time to see which would hit the ground first. Watch the clip below to see what happened.

Hammer and feather test on the moon

Finally here is some more of our practical work.

Today we went to Castle Espie to learn about Migration.  We learned that Brent geese migrate 3,000 miles from Arctic Canada to Strangford Lough every Autumn because it is warmer here than where they come from. They have to face many dangers from predators along the way such as polar bears, Arctic foxes and Snowy Owls. Hunters also are a threat to them. It's no wonder that when they get here to N.Ireland they are tired and hungry and cannot wait to eat our juicy eel grass!

Out theme this term is Time to Move. We have been thinking about things which grow, move or change over time and we realised that WE do! We have been measuring ourselves and comparing results. The tallest child in our class in 33 cm taller than the smallest child!
We ordered our teams according to height and then our class. It was fun.

When we exercise we sweat. It is important to wash afterwards to stay clean. Today we had a go at making shampoo.

Unfortunately not the ones with chocolate chips.

Some cookies are necessary in order to make this website function correctly. These are set by default and whilst you can block or delete them by changing your browser settings, some functionality such as being able to log in to the website will not work if you do this. The necessary cookies set on this website are as follows:

Cookies that are not necessary to make the website work, but which enable additional functionality, can also be set. By default these cookies are disabled, but you can choose to enable them below: